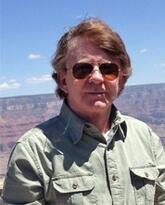 Dr. Donlevy is an associate professor in the Werklund School of Education and former Associate Dean of the Graduate Division of Educational Research at the University of Calgary. He is the Chair of the Research Ethics Appeal Board, and the Grievance Advisor for the Faculty Association at that University. He teaches ethics and law, is an annual lecturer in the civil litigation course in the Faculty of Law at the University of Alberta, as well as a frequently invited lecturer and debater at the Centre for Constitutional Studies in that Faculty. He has presented at the Legal Education Society of Alberta, advised law firms on both tortious and constitutional issues (retained as an expert in those areas for litigation purposes), and been consulted by both Saskatchewan Justice and Alberta Justice.   Most recently he has assisted in the preparation of a factum at he Saskatchewan Court of Appeal. He has a B.A., B.Ed., M.Ed. (Thesis), Ph.D. (Educational Administration) and J.D. (University of Saskatchewan).

His current task is the writing of an edited book entitled, Legal Issues In Canadian Education: A National Perspective, researching Violence in Alberta’s Urban High Schools. In April 2018, he was an invited lecturer at California State University on a comparison of freedom of conscience and religion under the Charter and religious protections under the First Amendment of the United States.

He has been a member of the Saskatchewan Law Society since 1985 and, many years ago, litigated cases in provincial court (Sask.), the Court of Queen’s Bench (Sask.) and the Supreme Court of Canada. He is qualified at the Court of Queen’s Bench in Alberta as an expert witness involving educational law in both constitutional and tortious matters. He has presented at CAPSLE’s Annual Conferences (Canadian Association for the Practical Study of Law in Education) since 2013 and is currently on the CAPLSE Board.