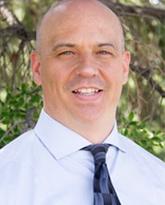 David’s research explores how educators interpret and pedagogically respond to officially mandated curriculum shifts. As part of this work, David has explored the ways social studies teachers in Alberta have understood and enacted the curricular directive to engage First Nations, Métis, and Inuit perspectives and experiences. As Director of Student Experiences for the Community-Based pathway, David has additionally worked within the area of instructional design to support rural and remote students in this program.

Dr. Scott grew up in Williams Lake in the interior of British Columbia. Completing his Bachelor of Arts in history and political science at the University of Victoria in 1997, David gained his teacher certification at Simon Fraser University in 2001. After teaching English for a year in Japan and high school English and social studies for three years in his hometown, David completed a Master’s of Education at the University of Alberta in 2009. David then relocated to Calgary where he taught Humanities 8 and 9 at Connect Charter School for four years. In 2012 David was awared the Social Sciences and Humanities Research Council of Canada Joseph-Armand Bombardier Doctoral Scholarship totalling $105,000. He went on to complete his doctoral dissertation in the Spring of 2016.