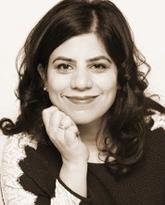 Dr. Zaidi (Naqvi)’s research has been involved with school boards and the pre-service teacher education program at the University of Calgary as well as relevant political stake holders and policy makers in Alberta and beyond. It includes (a) creating a greater awareness around the benefits of bilingualism and multilingualism, (b) broadening the framework of second language pedagogy to include application for mainstream schools, (c) creating a language awareness curriculum for schools and introducing reading intervention programs in the context of mainstream, bilingual and heritage language schools in Canada. Dr. Zaidi (Naqvi) has received competitive funding for 16 research projects since commencing her academic career to a research grant total of $227,618.

Dr. Zaidi (Naqvi) is an Associate Professor in Second Language Pedagogy at the Faculty of Education, University of Calgary. She holds an M.A, an M.Phil and a PhD in the Didactics of Languages and Cultures from the Universite de la Sorbonne, Paris, France. She has taught in various international settings that include the Institut National des Languages et des Civilizations Orientales, Paris, France and most recently at the University of Hamburg, Hamburg, Germany. Dr. Zaidi (Naqvi) has served as the Associate Director of the Language Research Center at the University of Calgary from 2010 to 2012. She is currently on sabbatical and is Visiting Faculty at the Center for Educational Research in Languages and Literacies at the Ontario Institute for Studies in Education, University of Toronto.

Dr. Zaidi (Naqvi) is a member of the State alumni and participates in programs organized by the American Embassy in Canada.

Dr. Zaidi (Naqvi) is a regular participant in events organized by the Intercultural Dialogue Institute in Calgary. Most recently she was a key note speaker at the Annual friendship dinner “United through Diversity: An Inspiration for Albertans”. Intercultural Dialogue Institute hosts the Dialogue and Friendship Dinner in many cities, including Toronto, Montreal, Ottawa, Kitchener, London, Hamilton, Edmonton, Calgary, and Vancouver. Since 2004, each of these dinners has served approximately 200 attendees; who come from all walks of life; including the members of the government, members of parliament; ambassadors, bureaucrats, business people, media members, professors, as well as religious and community leaders.

Dr. Zaidi (Naqvi) was nominated in 2009 to participate in the International Visitor Leadership Program on inter-religious dialogue, November 29th – December 18th, 2009, sponsored by the State Department in Washington, DC. The International Visitor Leadership Program (IVLP) is the U.S. Department of State’s premier professional exchange program. Launched in 1940, the IVLP seeks to build mutual understanding between the U.S. and other nations through carefully designed short-term visits to the U.S. for current and emerging foreign leaders. More on the program can be found at: http://exchanges.state.gov/ivlp/ivlp.html