A lifelong entrepreneur and one of Canada’s top Olympians received honorary degrees as part of the Spring 2021 Convocation celebration at the University of Calgary yesterday.

Sadly, recipient Ken Stephenson, Hon. LLD’21, passed away on June 1, but Chancellor Deborah Yedlin and President and Vice-Chancellor Ed McCauley were able to bestow his award on May 3.

Both recipients recorded videos that were played during the ceremony. In the videos, they shared wisdom and important lessons they learned throughout exemplary careers in their fields.

“Using commercial philanthropy for long-term and meaningful engagement of this next generation of young entrepreneurs is the path forward to supporting institutions like the University of Calgary,” said Stephenson in his video. “Through this, our society will be kinder, healthier and a more prosperous place for all citizens.”

The University of Calgary honorary degree is bestowed upon individuals whose notable achievements and community service deserve recognition. Honorary degrees are granted under authorization of the Senate and chosen by the chancellor and president.

A serial entrepreneur, businessman and philanthropist, Ken Stephenson was an influential industry leader in Western Canada throughout his long career. After earning his engineering degree from the University of Saskatchewan, he went on to found or lead successful businesses in a wide variety of industries, from oil and gas to hospitality and high-tech.

At the request of local cardiologist Dr. Neil Filipchuk, MD, Stephenson took hold of his vision of the potential of cardiac magnetic resonance imaging (MRI) and became the founding financial sponsor of the Stephenson Cardiac Imaging Centre at the Libin Cardiovascular Institute. Stephenson leveraged his business acumen, personal networking skills and philanthropic generosity to establish the centre as one of the leading academic cardiovascular imaging facilities in the world. The centre now performs nearly 4,000 scans per year. Stephenson also served on Libin Institute’s Strategic Advisory Board for 10 years.

Furthering his work in cardiac imaging, Stephenson helped form Circle Diagnostics, a Calgary health-care IT company that now employs 200 people and provides an MRI software solution to more than 1,500 hospitals in 40 countries. More than seven million people avail themselves of this technology every year. Circle Diagnostics was, at the outset, owned one-third by the University of Calgary.

Stephenson recently received a Calgary Top 7 Over 70 Award for his incredible achievements, and was inducted into the Alberta Business Hall of Fame for Southern Alberta.

Beyond his professional and philanthropic ventures, Stephenson was a proud and active father and grandfather. He passed away on June 1, 2021.

Read more about Stephenson’s achievements in the Calgary Herald.

As a three-time Olympic gold medallist, Marnie McBean has represented Canada with distinction on the world stage as a member of the Canadian rowing team. She’s one of only two Canadians to date to win three golds at the Summer Games — the other being her longtime rowing partner, the late Kathleen Heddle.

During her rowing career, McBean won a total of 12 World and Olympic medals, showing a remarkable talent, a fierce commitment to excellence and the ability to work with a team toward a common goal.

As the chef de mission for Canada’s Tokyo 2020 Olympic Team, McBean has been a champion of diversity.

She is an advocate for promoting open dialogue and creating spaces where athletes feel comfortable to express their full self. As an ambassador for Team Canada and mentor to young athletes, her work has had a profound impact on the culture of Olympic Sports that goes beyond our borders.

McBean is a member of the Canadian Olympic Hall of Fame and Canada’s Sports Hall of Fame. She is a recipient of the Governor General’s Meritorious Service Medal and has received the Queen’s Diamond Jubilee Medal. She was also appointed an Officer of the Order of Canada and was presented with the Thomas Keller Medal by World Rowing in recognition of her outstanding international career.

McBean is an inspiration to young athletes and her significant contributions to the advancement and education of issues around diversity and sexual identity make her an outstanding Canadian. 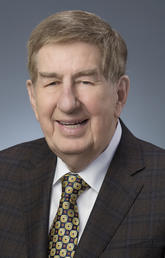 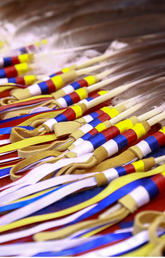 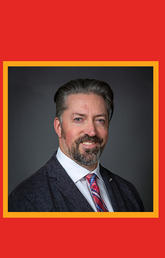 Class of 2021: Emergency management expert and child-health advocate receive Order of the University of Calgary 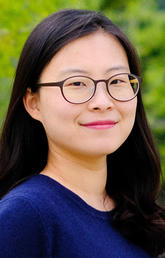