July 2019 saw 19 students from the University of Calgary travel to Cascais, Portugal for the European Innovation Academy (EIA). UCalgary has been sending students to EIA for five years, spearheaded by professor Sharaz Khan from the Haskayne School of Business. With the added involvement of the Hunter Hub for Entrepreneurial Thinking over the past two years, the program has seen tremendous growth in engagement from UCalgary students. This year saw students take part in the program from the faculties of arts, science, engineering, business, computer science, and nursing.

“This year was the best so far,” says Khan “It is attributed to the diversity of our students from various faculties and the strong support of the Hunter Hub.”

EIA is an intensive 15-day accelerator program designed to take an idea to startup over the course of the program, while creating connections across disciplines, post-secondary institutions, and countries. Students from more than 75 countries come from around the world to participate in this rigorous program.

“The European Innovation Academy was an amazing experience,” says Harsh Shah, a UCalgary mechanical engineering student. “It taught me how to start a business from an idea in just 15 days. Through this program, I met some amazing friends, mentors, and investors, who I will stay in touch with for the rest of my life. EIA has changed my life.”

The full team from the University of Calgary.

The goal of the program, which is hosted in five cities across the world, is to encourage students to think outside the box, grow comfortable working in diverse teams, and gain knowledge on the trajectory and effort involved to take an idea to startup.

UCalgary student Ruth Galindo, from the Haskayne School of Business, shares her experience with the program: “I can say without hesitation that engaging in this particular international experiential learning opportunity has been one of the highlights of my undergraduate studies — it was a transformative journey that enabled me to gain an authentic insight into what it’s like to build a startup and reimagine the possible.”

Galindo’s team, HustleApp, placed in the top 10 out of 98 teams, and won two awards: The HAG Venture Building Program, and the Nixon Peabody Quiñones Team Spark Award. Other notable achievements by teams comprising UCalgary students include:

One of the highlights for many of the EIA participants was the opportunity to work as part of an interdisciplinary and culturally diverse team. Students are given the experience of integrating their perspectives with those of their team, learning that there is strength in diversity.

In 2018, UCalgary had two students in a top team, allowing a Canadian to win an award for the first time in many years. This year, 2019, UCalgary was able to top that significantly.

Each team had students from around the world.

With the success of the European Innovation Academy, and with the support of the University of Calgary as a whole, the Hunter Hub for Entrepreneurial Thinking is pleased to announce that the first-ever North American Innovation Academy (NAIA) is set to take place next July 2020.

“It was a natural decision, to co-found such a renowned and successful program in Calgary,” says Joelle Foster, Hunter Hub executive director. “There is a need for and a focus on entrepreneurship in Calgary right now, with the University of Calgary at the centre of this movement. Bringing NAIA to Calgary will only foster the growth of the next generation of entrepreneurs in this city and beyond.”

The Hunter Hub has signed an agreement with the European Innovation Academy, officially positioning NAIA as a sister program to EIA. The majority of student participants are slated to be from North America, with additions from Europe, Australia, Asia and other interested countries and cities. Similar to its European counterpart, the North American Innovation Academy will be an intensive accelerator program, conducted over 10 days rather than 15.

“This is an exciting time for UCalgary students,” says Foster. “With access to so many entrepreneurial resources, and now with the addition of the North American Innovation Academy, UCalgary students are truly prepared for a variety of experiences and learning opportunities around entrepreneurship.”

If you are a faculty member interested in supporting and/or promoting the North American Innovation Academy to your students, please contact the Hunter Hub directly at hunterhub@ucalgary.ca 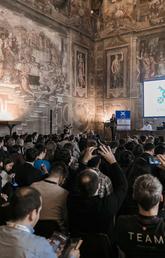 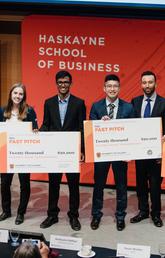 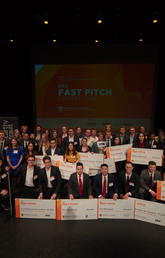