ii' taa'poh'to'p renews its commitment to Indigenization at UCalgary

On Nov. 29, students, faculty, staff and members of Southern Alberta’s Indigenous community came together to hear about the progress of UCalgary’s Indigenous Strategy, ii’ taa’poh’to’p, as it wrapped up its first year.

Beginning with a ceremonial smudge from Reg Crowshoe, and an honour song from the drum group Eya-Hey Nakoda (gifted to the university earlier this year), the event featured an update from Dr. Dru Marshall, provost and vice-president (academic) and Dr. Michael Hart, vice-provost (Indigenous engagement).

“This has been a meaningful journey that has provided insight, compassion, and an authentic desire to work alongside Indigenous communities in Calgary, southern Alberta, and across the country on our path towards reconciliation,” Marshall said.

Hart called upon students, faculty, and staff to engage with, and increase their own knowledge about Indigenous Peoples, culture and histories through credit and non-credit courses, workshops, or professional development. “We are all responsible for the future of decolonization and Indigenization at the University of Calgary,” he said. “Thank you for your commitment to being a part of our journey forward.”

In response to what the UCalgary community can do to support Indigenization on campus, Bouvier explains: “Each faculty and department needs to be open and honest in wanting to remove barriers that hinder our ability to Indigenize. We have to commit to learn with Indigenous people, not about Indigenous people.”

Stay in touch with ii’ taa’poh’to’p’s activities and learn more about opportunities for education and development at www.ucalgary.ca/indigenous-strategy

The University of Calgary unveiled its Indigenous Strategy, ii' taa'poh'to'p, in November 2017. The strategy is the result of nearly two years of community dialogue and campus engagement, and involved the work of a number of people from the university, Indigenous communities and community stakeholders. Recommendations from the strategy will be implemented in the coming weeks, months and years as we move forward with promise, hope and caring for the future. 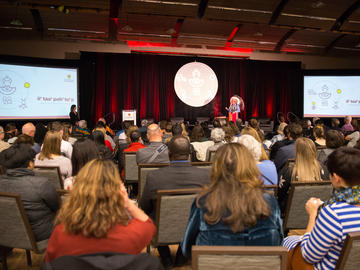 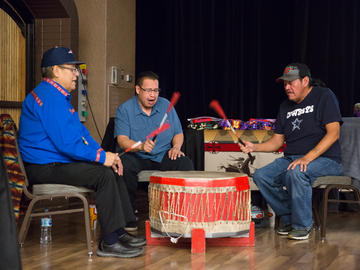 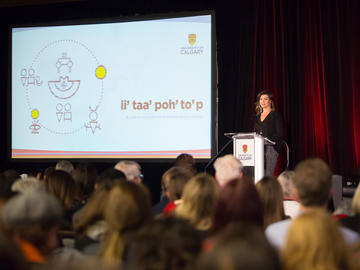 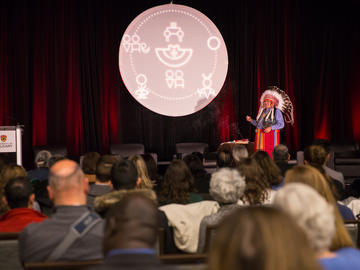 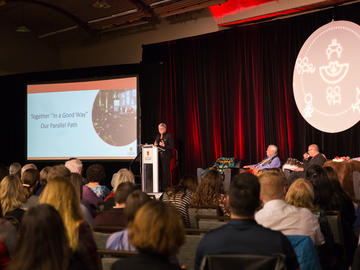 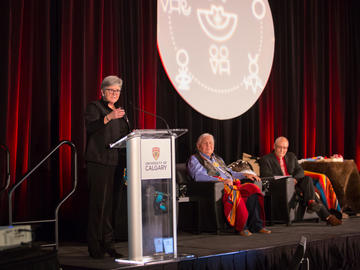 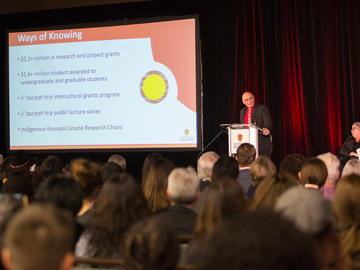 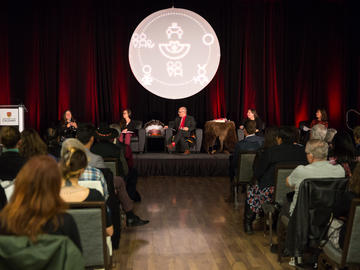 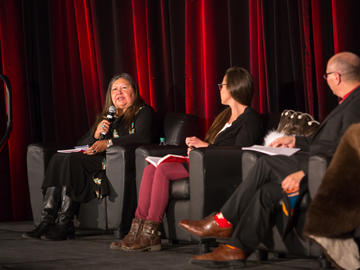 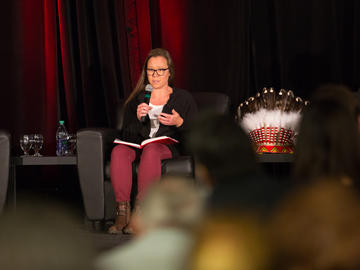 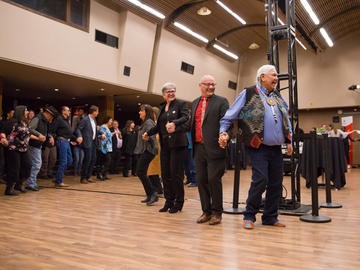 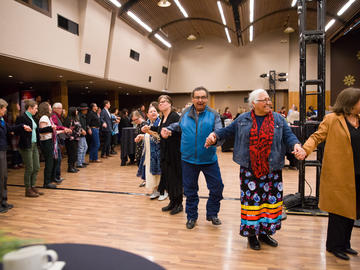