Nature is the highest university in the world

UCalgary scholars who participated in the gathering Photo by Nicola Waugh

From April 11 to 14, more than 50 Indigenous scholars, artists, students, leaders, and Traditional Knowledge Keepers came together for an Indigenous Wisdom Gathering, co-presented by UCalgary’s Office of Indigenous Engagement and the Indigenous Leadership and Indigenous Arts programs at the Banff Centre for Arts and Creativity.

The gathering at the Banff Centre enabled Indigenous philosophers, artists and academic educators from across the country (12 from UCalgary) to explore together and reflect on the challenges and opportunities we face in bringing Indigenous knowledge and wisdom into the practice of advanced education.

It is a key priority for the Office of Indigenous Engagement to actively recruit and foster a positive community for Indigenous scholars at UCalgary. “This gathering provided an excellent opportunity for sharing ideas, mentorship, and revitalization,” says Dr. Michael Hart, vice-provost, Indigenous engagement. “Together, we are strengthening our connections, learning from the directions taken, and supporting those who are moving forward to present Indigenous perspectives, ideas, and teachings in the academy, Indigenous communities, and society in general.”

Members of the Stoney Nakoda community demonstrated how to prepare and dry elk meat.

Learning from the land

One of the days of learning took place on the Stoney Nakoda nation west of Calgary, where participants connected with the land and heard from several Elders. Sykes Powderface, an Elder in the Chiniki band, noted that archaeologists have found that the Stoney Nakoda, part of the larger Sioux nation, have been the keepers of the Rocky Mountain gateway for more than 15,000 years. The weight and energy of the land is tangible to anyone who visits it.

Settled in a teepee on a bluff overlooking a buffalo paddock, Elders and leaders explained the vital importance of the buffalo that were reintroduced to the area in 1969. Traditional teachings and cultural practices in the Treaty 7 region are deeply tied to these animals. Leroy Little Bear of the Blood Tribe explained, “The buffalo is a keystone animal. Not just environmentally, but culturally. Just like Christians rely on their churches, we need the buffalo.”

Elders shared that in recent years, youth on the Stoney reserve have been reintroduced to the process of hunting and preparing buffalo meat with traditional obsidian knives and tools, which has linked them to their past in a profound way.

The afternoon discussion featured Henry Holloway, a Chiniki Elder who accompanied legendary Stoney Chief Walking Buffalo on an international trip to promote world peace when he was a teen in the 1960s. He shared that their main teaching was that “nature is the highest university in the world.’’

Participants also took in a meat drying demonstration, drumming, round dance and dinner, facilitated by members of the Stoney Nakoda community, before returning to the Banff Centre for two more days of activity and discussion.

“For me, Indigenous wisdom is remembering and reconnecting with the land, with ancestors, and connecting that wisdom to generations to come,” says Werklund School of Education PhD candidate Kori Czuy, who is Cree Métis Polish, from the Treaty 8 region in Northern Alberta. “Coming here and being around these people is like a living bibliography for the work I am doing.”

Dr. Daniel Voth, PhD, who is from the Métis Nation of the Red River Valley and assistant professor in the Department of Political Science, reflects on his experience: “The work of these Elders and Indigenous philosophers remains foundational to the research most Indigenous scholars are engaging in.”

ii’ taa’poh’to’p, the University of Calgary’s Indigenous Strategy, is a commitment to deep evolutionary transformation by reimagining ways of knowing, doing, connecting and being. Walking parallel paths together, ‘in a good way,’ UCalgary will move toward genuine reconciliation and Indigenization. Stay in touch with ii’ taa’poh’to’p’s activities and learn more about opportunities for education and development.

In the News: UCalgary News 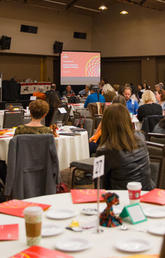 In the News: University of Calgary