As Calgary Pride Week kicks off on Aug. 23, the Calgary Institute for the Humanities (CIH) is marking the occasion in a meaningful way with its first LGBTQ2S+ Lecture, featuring Dr. George Chauncey, author of the groundbreaking study Gay New York: Gender, Urban Culture, and the Making of the Gay Male World, 1890-1930.

The Chauncey lecture — set for 6 p.m. on Friday in the Central Library’s Patricia A. Whelan Performance Hall — is entitled Rethinking the Closet: New York Gay Life Before Stonewall.

CIH hopes to make the LGBTQ2S+ Lecture an annual event and they are building an endowment which will allow for this. (You can make a donation to the CIH endowment.)

“Once a year we want to be able to bring in a high-profile speaker on matters of relevance to LGBTQ2S+ studies,” says Dr. Jim Ellis, PhD, CIH director. “The University of Calgary has a proud history in its attention to LGBTQ2S+ issues and we want to carry that on, with this as a flagship event.”

Chauncey, today a history professor from Columbia University, published Gay New York in 1994. The book’s release marked the 25th anniversary of Manhattan’s Stonewall Riots, widely considered to be the watershed event which led to the gay liberation movement.

Gay New York decisively debunked the notion that, prior to Stonewall, gay culture existed only in the closet, where homosexuals were isolated, invisible and self-loathing. On the contrary, Chauncey uncovered proof of a thriving and publicly visible gay culture in the early part of the 20th century, found in such districts as Harlem, the Bowery and Greenwich Village.

It was post-World War II, in the midst of the Cold War and the communist scare, that gay culture was truly suppressed and criminalized, according to Chauncey’s research.

Ellis notes that while Gay New York’s history ended in 1940, Chauncey’s upcoming book will be a sequel, examining LGBTQ2S+ life in New York from the post-war period to the Stonewall Riots. The author’s Calgary talk is expected to offer a preview of sorts to that hotly anticipated work.

“That’s a real selling point here, that we had this foundational work 25 years ago and, now, here’s the followup that takes us to the Stonewall era,” says Ellis.

Gay New York was so influential that Chauncey was brought in to testify as an expert witness in several high-profile gay rights cases. His writings were instrumental in the U.S. Supreme Court’s landmark decisions to overturn the nation’s sodomy laws and legalize gay marriage.

“Gay New York changed everything in terms of our understanding of gay and lesbian history,” Ellis says. “It broke open a whole new field.”

Of key significance is the book’s attention to localized history and archives. “There’s this idea that gay lives were always hidden from history. Bur Chauncey proved that, if you know where to look in the archives, these lives were, in fact, recorded.”

“Secondly, we often think of history as being progressive – that things are always getting better and we’re marching towards equality.” Gay New York disproved this, demonstrating instead that New York’s thriving gay culture was set back immeasurably during the moral panic of the Cold War.

Ellis feels that in the current political climate it’s the CIH’s responsibility to highlight LGBTQ2S+ issues. “If you look at the historical moment we’re living in now, with the rise of right-wing populism — which is often quite hostile to minority rights — there’s a real importance in standing up for equality and the rights of those belonging to minority communities,” he says.

“Part of the CIH mission is the importance of civic conversation. Discussing these issues that matter to Calgarians is vital for civic discourse.”

Register for the Rethinking the Closet lecture. 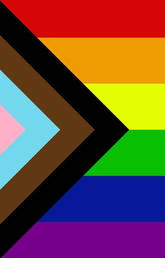 How you can help celebrate Pride at UCalgary 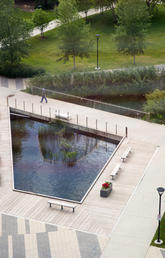 UCalgary guidelines updated for communicating about gender and sexual diversity 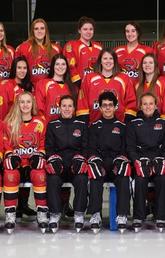 Two students take a stand against sexual and domestic violence