Students attending the 2022 IndigeSTEAM Summer Camp pose for a photo with their robots. Joe McFarland, Schulich School of Engineering

It was a day to remember — including robots and a virtual trip to Silicon Valley — for a group of young Indigenous students at a recent University of Calgary summer camp.

Their imaginations ran wild as the worlds of science, technology, engineering, arts and math were brought together when IndigeSTEAM partnered with OhmniLabs Inc. and Pantala Technologies Inc. for the one-of-a-kind experience.

They wanted to show the students how to code and operate Ohmni Telepresence Robots, allowing mentors to visit a classroom, have face-to-virtual-face interactions, and give them an opportunity for hands-on learning by coding and building robots with Lego kits.

“This is awesome,” exclaimed one student as they moved their new robot from room-to-room.

Making up for lost time

The excitement felt in the classroom is something organizers had missed over the last couple of years due to the COVID-19 pandemic.

IndigeSTEAM founder Deanna Burgart says it was challenging during that time to support Indigenous-led and culturally relevant programming for youth, mentorship and coaching activities across First Nations in Alberta.

The senior instructor in the Department of Chemical and Petroleum Engineering says robot trials were successfully held at Siksika High School during the summer of 2021, which opened the door for this year’s UCalgary camp.

“We came to realize that the Ohmni Telepresence robots would allow us to interact with youth on-Nation to grow our robotics clubs and mentoring activities in ways that have never been tried before,” says Burgart, who herself comes from the Fond du Lac First Nation.

We are extremely keen to work with this technology to expand our STEM outreach programming, and engage and connect Indigenous youth across Canada and elsewhere.

She says the Indigenous community is extremely under-represented in STEM (science, technology, engineering, mathematics) education and careers, and holding camps like this helps to bridge that gap.

A new way of learning

Those representing the camp’s partners beam with pride as they talk about bringing Indigenous culture and technology together.

“Through our partnerships with organizations like IndigeSTEAM, we are just beginning to explore the value of telepresence robots to Indigenous communities,” she says. “So far, we have been very impressed by the acceptance of this technology as a new way of learning exchange between Indigenous youth, their role models and other non-Indigenous members of the community.”

Having the ability to be in two places at once also allowed the campers to tour Ohmnilabs’ 3D printing farm in California.

A chance to give back

After the students finished with the classroom work and virtual tours, they took to the hallways of the Schulich School of Engineering for a parade and a special presentation.

The robots, decorated with bells, feathers and other items to incorporate a cultural theme, were driven and choreographed by the students. Decorated Lego robots were programmed to dance.

“The Chicken Dance is one of our traditional dances in the Blackfoot culture,” Brendon Many Bears, of the Siksika First Nation, told CTV Calgary. “We have it at powwows and we get the students to build these; they try to mimic the dances with the robots here.”

The dance brought smiles to the faces of everyone in attendance, a culmination of a day’s worth of work and learning.

IndigeSTEAM technical support staff member Logan Arcilla, of the Alexis First Nation, says he didn’t have these kinds of camps when he was younger, and loves that organizations are now creating these opportunities.

“Giving back to the communities has been my number one priority from day one: to teach robotics at reserves and summer camps like this,” he says.

IndigeSTEAM is now planning to expand its programming outreach and outcomes with telepresence robots to other First Nations. 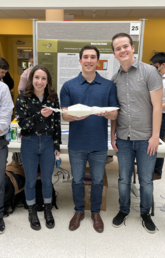 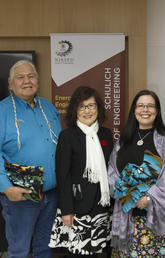 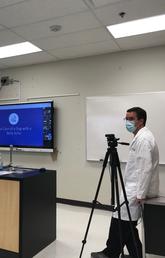 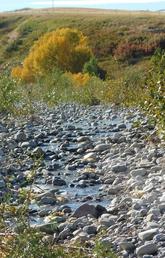 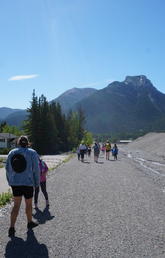 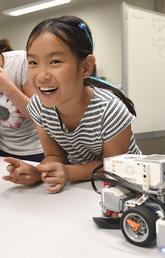 Minds in Motion instructors reflect on their own summer camp experiences