Class of 2021: Heart-led leadership key to success for science grad

Manpreet Sahota, BSc’21, has long dreamed of becoming a doctor. While excellence in science and research is inextricable from that profession, Sahota has crafted her undergraduate experience in the Faculty of Science with intention, focussing on developing her leadership, advocacy, and patient care skills along the way.

Her results speak for themselves. Sahota has an impressive academic and extracurricular record, including two years in student government, and was nominated for this year’s President’s Award. She has been accepted to the University of Waterloo’s Doctor of Optometry program for September.

“I absolutely love science,” she says. “I love what it can do, and I really do believe that science is saving the world.”

Sahota began working toward her goals in high school, taking part in various volunteer programs through Alberta Health Services (AHS). “I have been an AHS volunteer since 2015 and this largely contributed to my decision to pursue optometry school,” she says. “I really love working with patients, and I knew it was something I wanted to do long-term because it didn’t feel like work. I really enjoyed volunteering. It really went hand-in-hand with my values.”

While she participated in a variety of volunteer programs, Sahota says her stints in audit – where she’d help collect patient feedback about their experiences – and in the ICU, which she carried on with throughout her undergraduate years, helped solidify her choice to become an eye care physician. “Playing a role in hands-on healthcare was quite special to me,” she tells. “I genuinely enjoyed connecting with people. It was truly rewarding, and I’m so grateful to have that community-based experience outside university.”

A fan of the eyeball

Sahota hopes to be able to carry on a career in public health after completing the Doctor of Optometry program at UWaterloo. Her interest in optometry began after shadowing an optometrist, and being impressed at what they could diagnose non-invasively. “They can diagnose systemic diseases just by looking at the back of the eye!” Sahota enthuses. “I became really interested in that career from then on…and have been a fan of the eyeball ever since.”

Sahota’s drive and compassion also extend to advocating for her fellow students. While her undergraduate record boasts a vast array of academic achievements, she also participated in a number of student clubs – often in leadership roles – and was a Faculty of Science representative in the Students’ Union in her second year. She also served on the SU President’s Consultative Task Force and on the Student Advisory Council for the Faculty of Science.

Praise for the SU experience

"Hands down, the best experience I have had at UCalgary is being the Students’ Union Faculty of Science Representative for two consecutive terms,” she says. “Student government has drastically improved my communication, debate, networking, critical thinking, and time management skills.”

Sahota’s platform focused on equity, diversity, and inclusion (EDI) initiatives. “I wanted to show women of colour that there’s a place for us in student government. It was a very important time for me because of what it represented for my community.”

Her unique combination of a major in plant biology with a minor in gender and sexuality studies (GSXS) comes from a desire to explore different perspectives in science. While she’s always known she wanted to be a scientist, Sahota says it’s important to explore individuals’ experiences and not just the research that tends to define them. She believes universities should commit to diversifying academia in general.

“I think science has its own issues whether you look at it from a gendered lens or a methodology lens,” she explains. “In reality, there are all kinds of ways to do science. What I learned in my GSXS minor is to have a higher standard when it comes to scholarly research and academia, and what it truly takes to make a strong argument and back it up.

I think the essay writing experience, as opposed to what you’d normally do in science courses like writing lab reports and interpreting other experiments that have already been done, helped me sharpen my critical thinking skills early on. I also got to explore interesting issues that aren’t really talked about enough in today’s world, like queer history, what representation really means, and what it means to be anti-racist.”

Another enriching experience was a semesterly volunteering opportunity at the Women’s Resource Centre (WRC) in the Community Outreach and Peer Support program, where she participated in several trauma-informed trainings in addition to Bystander Intervention Training in preparation for leading peer support sessions. “I had incredibly insightful and life-changing conversations with my peers during my time as a volunteer. The WRC is one of the best, most diverse, and most welcoming places on campus.”

As Sahota prepares for convocation, and for her move to Ontario at the end of this summer, she continues to spread her passion for science. Her advice to students at the beginning of their undergraduate journey is to build their degree with a combination of courses that truly reflect themselves and their interests.

“I’d invite people to spread their wings,” she recommends. “I noticed that when I explored my interests, I always had a life-changing experience in every single course I took. I highly recommend following your gut when it comes to crafting your degree. Constantly keep asking yourself ‘why are you here at university, and what do you want to accomplish? And how can you make your journey the best it can be?’ You only have four years, and it really does fly by.

Make the most of your university experience, and don’t be afraid to ask for help along the way.” 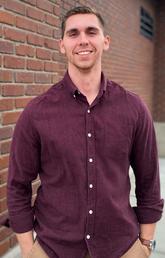 Class of 2021: COVID cancellation was a game-changer — in a surprising and gratifying direction 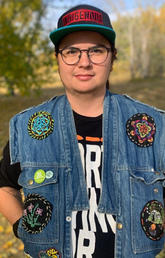 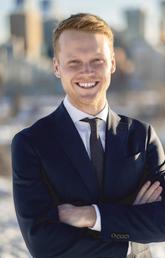