Getting energized and studying energy

Ashley Parker always wanted to go to Europe. That longing to travel is one of the reasons she chose UCalgary. The university’s International Study Abroad program has partnerships with hundreds of institutions around the world where students can take a semester or two.

In her third year, Parker did her first semester abroad at Örebro Universitet, a small school in Sweden. “It was my first time traveling and it was similar enough to Canada, the people were similar but different enough. It was the perfect adjustment for me. I loved it.”

She loved it so much that in her fourth year she signed up for another semester abroad. This time, the young woman from a small town decided to take a “big leap” and move to a big city, Singapore, to attend the National University. “Campus is huge,” she says. “You have to take buses between classes.”

Parker’s time studying abroad taught her about herself, the world and the relevance of studying political science. “Sweden being a Nordic welfare state and Singapore being much more centralized and an authoritarian government in some senses, it made me realize what I was studying was important and gave it a much more real-world application.”

Aida Nciri is studying the nexus between energy systems, urban governance and climate change policy in Canada and France. The international PhD student in geography is comparing the construction of low-carbon systems near cities in Alberta with systems in Ile-de-France, the region that surrounds Paris.

In Alberta, her research includes studying district heating systems in Calgary, Okotoks and Strathcona County near Edmonton. “I am looking at why these district projects were implemented at the same time but independently of each other and why there has been no replication or new projects developed,” she says. “By contrast, in France district heating systems have seen a real uptake by municipalities.”

Cities are responsible for about 70 per cent of greenhouse gas emissions. But transforming urban energy infrastructures to adopt district systems that use geothermal, biomass, or other forms of low-carbon energy is complicated by conflicting interests in the energy sector, competing visions of low-carbon transition pathways as well as financial considerations.

“I am trying to understand the political, social and economic factors that explain divergent low carbon transition in France and in Alberta,” says Nciri. “With this comparison, I aim to identify best practices and policies and to assist urban decision makers in lowering carbon emissions.”

Nciri has graduate supervisors at both UCalgary and at the Laboratoire Techniques, Territoires et Sociétés in the Université Paris-Est.  She’ll graduate from both universities through the cotutelle program.

Ashley Parker is about to graduate and head off for another big international adventure.  As part of the Queen Elizabeth Diamond Jubilee program for global leaders, she’s going to work communications on a maternal health project in rural Tanzania. “It’s my third January in a row that I am getting on a plane,” she says. “After traveling and meeting people you realize the world is not that scary a place.” 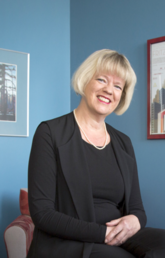 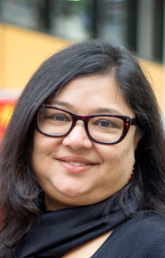