Jacqueline Louie, for the Faculty of Kinesiology

UCalgary’s Faculty of Kinesiology is the No. 1 ranked sport science school in North America. Courtesy of the Human Performance Lab

Scientists, academics and researchers who studied at the University of Calgary’s Faculty of Kinesiology now lead major biomechanics groups at universities around the globe. This summer, many of them will return to Calgary to participate in the largest biomechanics conference ever, July 31 to Aug. 4.

“This is going to be by far the most important meeting for biomechanics in 2019. All the world experts in this area are coming together,” says conference chair Dr. Walter Herzog, PhD, referring to the XXVII Congress of the International Society of Biomechanics (ISB2019), which takes place in conjunction with the 43rd annual meeting of the American Society of Biomechanics (ASB2019).

With a record number of participants and presentations, Herzog, professor in the Faculty of Kinesiology and director of the Human Performance Lab, expects more than 2,000 people to attend, including professors, researchers, scientists, postdoctoral fellows, graduate students, and industry members working in the field of biomechanics. The congress will feature more than 1,100 speakers in poster presentations and more than 600 oral presentations.

A rich history of biomechanics excellence

“I think the great number of attendees is a testimony to the excellence of the work and also the excellence of the education in biomechanics that we have provided over many decades. Many, many people from all around the world have connections to the Human Performance Laboratory in the Faculty of Kinesiology,” Herzog says. “We have trained hundreds of students in the 38 years of existence of our lab, and hundreds of people have visited. It is one of the most recognized, if not the most recognized place, for biomechanics around the world.”

The field of biomechanics has come a long way in the past four decades and has grown into an incredibly powerful movement in terms of preventing chronic disease and allowing mobility for life. Biomechanics will become infinitely more important than it has been, due in part to a sedentary and aging population, according to Herzog.

Biomechanics research superstar Hugh Herr, professor of Media Arts and Sciences at the MIT Media Lab and co-director of the MIT Center for Extreme Bionics, is a keynote speaker at the conference, giving the Wartenweiler Lecture at the event’s opening ceremony. A double amputee, he was dubbed the Leader of the Bionic Age by Time Magazine for his work combining human physiology with electromechanics advances in bionic limbs. Herr will discuss the development of prosthetics, exoskeletons and robotics designed to enhance human mobility.

Three of the conference’s six keynote speakers are female, and the congress will feature a new seminar, Advancing Women in Biomechanics, to leverage the impact of females in this once male-dominated field. And along with the formal program, the congress will include satellite symposia and alumni events in Calgary and area.

The University of Calgary’s Faculty of Kinesiology is the No. 1 ranked sport science school in North America and No. 7 globally, according to the prestigious ShanghaiRanking (2018).

“That is fantastic for the faculty. It is also fantastic for the university, with its Eyes High goal to be one of Canada’s top five research universities. We have contributed to that substantially,” says Dr. Benno Nigg, PhD, UCalgary kinesiology professor emeritus, who is part of the ISB2019 congress organizing committee. “We want to be among the best in the world and we are close. We are a very special group of people here, with world-class scientists.”

Adds Herzog: “Being in biomechanics is exciting and offers an enormous future. The need for biomechanics researchers and biomedical engineers will grow exponentially in the coming decades.” 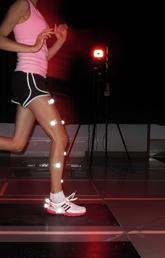 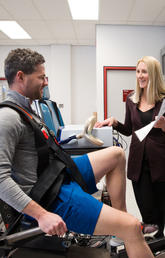 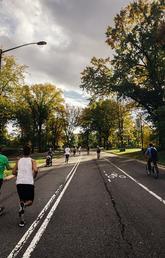