Why investors can feel confident doing business in Tunisia

Investors regularly seek to identify opportunities in emerging markets, where potential risks and rewards are often not well understood.

Only a few countries in emerging markets provide an attractive business environment with low-cost access to export destinations across several continents. In these lesser-known markets, the main challenge in evaluating risks is that they are frequently exaggerated and highly idiosyncratic. Prior biases and a lack of information about a country can distort reality, magnifying the perception of risk.

Tunisia may be one of the locations that offers good investment opportunities.

Yet the northern African country is often overlooked by companies seeking access to multiple markets in Europe, Africa and Asia because of perceived high-security risks in the region.

To uncover risks in the Tunisian business landscape, we interviewed business managers across 15 industries and six cities on the Mediterranean coastline.

Tunisia remained politically closed as a police state prior to the 2011 Jasmine Revolution that ended the Ben Ali dictatorship. Bordering Algeria and Libya, Tunisia is often seen in the same light as other countries in Middle East and North African region, known as MENA, which are reputed to be some of the most repressive and volatile in the world.

A media predilection for sensationalized and tragic stories ensures that dramatic events become the most widely known facts about the country. That has made it difficult for some investors to overlook or forget the 2015 attack that targeted tourists and killed 38 people, the deadliest non-state terrorist attack in Tunisian history.

Not surprisingly, outsiders tend to perceive Tunisia’s risks as comparable to those of its neighbours, especially the civil war-ridden Libya that poses security risks to Tunisia. However, the perceptions of those actually conducting business in Tunisia are drastically different. For them, Tunisia is a low-risk business environment, despite increased political uncertainty and some political violence episodes since the revolution.

Violence against civilians in Tunisia in relation to other MENA countries, 2000-2019.

These insiders generally agree that overall security in Tunisia has substantially increased since 2015, and political violence risks are low. The outsiders’ assessment glosses over the reality that Tunisia does better than its neighbours on effective counter-terrorism measures, and there’s also a relatively low level of religious extremism in Tunisian society.

Politically, too, Tunisia is an exception in the MENA region — it remains the only country where the Arab Spring uprisings have not failed.

And, while the democratic transition is incomplete, the main characteristics of liberal democracy — the de-politicization of the military, rule of law, respect for human rights, freedom of speech, freedom of association — are the characteristics of today’s Tunisia and among the most pronounced in emerging markets.

The majority of respondents in our study, in fact, relished their new freedom to discuss politics and social issues in public and private spheres, without the need to whisper or check their surroundings for spies.

Our field work indicates that despite its location, security and safety are among the least concerning business risks in Tunisia. Another important finding was that the impact of significant political events (the 2011 revolution and the 2015 terrorist attacks) varied across companies depending on how and where a company operated.

During and immediately after the revolution, some companies, including those in the textile sector, lost foreign clients: “A lot of brands would not allow operators to come to Tunisia to see the production process, do quality control,” citing security concerns, one respondent told us.

However, other companies, for example those in the automotive sector, “worked with no problem,” said another.

The biggest nuisance for one respondent was the garbage piling up for a couple of weeks until the new government organized pick-ups.

One of our respondents also quipped: “Revolution and terrorism do not reduce the demand for men’s underwear.”

Still, in the five years after the revolution, security measures lagged, culminating in the 2015 terrorist attacks in Sousse.

Read more: Tunisia was attacked for its success, not its challenges

Tunisia’s tourism industry suffered the most, as the attacks targeted tourists who tend to choose travel destinations based on perceptions of safety.

A Tunisian hotel manager noted that the foreign tourists in his hotel, 85 to 90 per cent of the hotel’s business, left immediately after the attack. The hotel remained empty until the tourist season began for Tunisians after Ramadan.

Since then, Tunisian hotels have been required to upgrade their security to meet new national and international standards. In contrast to the tourism industry, these attacks had less of an impact on manufacturers and agricultural producers.

Since 2015, Tunisia has successfully eased security and safety concerns due to a combination of the government’s immediate responses to security threats, its new long-term security policy, security intergovernmental partnerships as well as the short-lived nature of politically disruptive events. By the summer of 2019, the managers we interviewed were almost unanimous in their feelings of safety.

Nonetheless, it’s not all rosy. There have been suicide attacks targeting security forces in Tunis, the most recent one near the United States embassy. That shows threats may be significantly reduced but they haven’t been eliminated entirely in Tunisia, a trend similar to other countries.

But the respondents to our study still have a valid point about safety: “Definitely, Tunisia is much better security-wise than Mexico. Terrorism is not a problem today.”

In contrast to Mexico, our respondents’ companies have never needed security guards for transportation in Tunisia, even during the revolution, and they reported that security expenses at their operations have always been low. 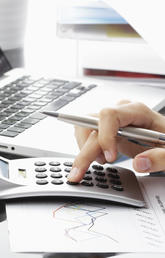 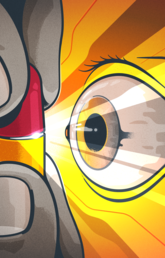 Disclosure of sensitive information swayed by outside directors

Researcher works to help 'underbanked' Canadians who fall between the cracks 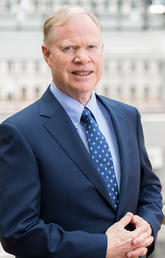