How to mix the right ingredients for an environmentally friendly disinfectant

UCalgary researchers encouraged by early findings in the fight against germs

In the wake of the COVID-19 pandemic, many people have become more mindful of the spread of germs. Whether it is wearing masks while sick or disinfecting high-touch surfaces, the hope is to avoid getting others around us sick.

In particular, University of Calgary professor Dr. Maen Husein, PhD, has his eyes on developing environmentally friendly “biocides” to use on common surfaces.

He has been working with Biosenta Inc. in hopes of finding the right ingredients to disinfect things like doorknobs, hospital tools and washrooms.

Following a news article about his work on creating stronger concrete, Husein says he was contacted by Biosenta CEO Am Gill, BComm’97, who was looking to produce environmentally friendly biocidal particles.

“Am explained his vision, which coincided with my vision of how science and engineering can help make the world a better place,” says Husein, a professor in the Schulich School of Engineering’s Department of Chemical and Petroleum Engineering. “In this project, alleviating the spread of different microbes was the focus.”

He started developing particles in his laboratory, while partnering with Dr. Ian Lewis, PhD, and Dr. Mehdi Ashani, PhD, in the University of Calgary’s Department of Biological Sciences to test his findings.

What they discovered was that including the particles into cement provided effective biocidal attributes.

“The particles are similar in chemical composition to some common earth minerals,” Husein says. “They can be sprayed onto surfaces, and so far we’ve tested them on stainless steel areas.”

When it comes to the bacteria and diseases that the particles are effective against, Husein sees a lot of potential.

With the help of his UCalgary colleagues, Husein says he has been able to test the efficacy of the particles toward common bacteria like Pseudomonas aeruginosa (found in hospital environments on surfaces and drains), Staphylococcus bacteria (the second-most common cause of bloodstream infection and is common in skin and some urinary tract infections), and E. Coli.

“One of our next steps is to test the particle biocidal attributes toward coronaviruses, especially COVID-19,” Husein says.

Those involved in the research have been impressed with what they have seen and also see the possibilities.

“The findings are very encouraging and would have a profound impact in the construction industry because of the anti-microbial properties of the particles,” Gill said in a news release.

The researchers will spend the summer testing the particles on different surfaces like drywall, paint, plastic, glass and carpet.

“We also want to incorporate the particles into different paints, cements and other products to explore their antimicrobial attributes,” Husein says. “We plan to investigate scaling a bench-scale protocol or setup for producing the particles to a commercial-scale unit.”

He adds the work, which has also included PhD student Noora Darwish, is the subject of a patent application. 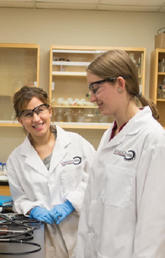 New Department of Biomedical Engineering ‘years in the making’ 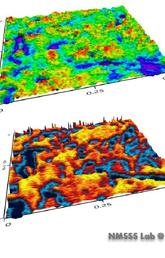 The science of soft 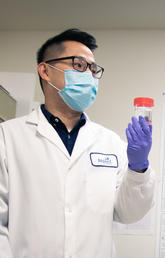 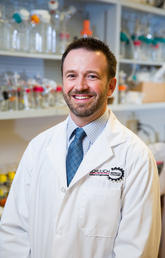 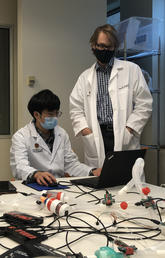 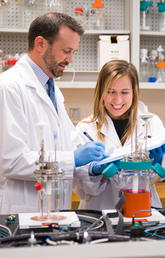 Biomedical engineering has a “major” role in Calgary’s economic future